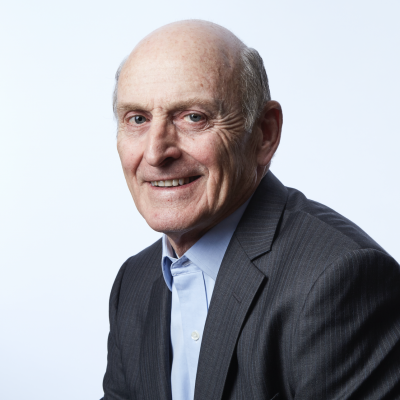 Jack is non-executive Chairman of Cognito U.S. and a member of the Finance Board of Cognito.

Bergen Partners is a professional coaching and leadership training firm formed in February 2018. The firm draws on Jack’s experience as a leader, teacher and communications professional in business, government and the military to counsel CEOs and to coach leaders and aspiring leaders in the U.S., UK and Germany.

Previously, during Jack’s nine-year career at Arconic and its predecessor, Alcoa Corporation, he was a member of the company’s Executive Council, led the Communications and Government Affairs function and was head of Global Human Resources. He founded and taught in the Alcoa Academy, providing leadership training to executives, operational managers and emerging leaders. He served as a coach to many of the Company’s business leaders.

Prior to joining Alcoa, Jack was Senior Vice President, Corporate Affairs and Marketing, for Siemens Corporation. He also served as Senior Vice President of Corporate Affairs at Westinghouse and CBS Corporations, responsible for communications, government affairs and investor relations. In addition to his corporate leadership roles, Jack was President of Hill and Knowlton U.S., CEO of GCI Group and President of the Public Relations Council, the industry’s trade association.

A graduate of the U.S. Military Academy at West Point and the Army’s Ranger and Airborne Schools, Jack is a Vietnam veteran who also led military units in Europe and Korea. After receiving an MA in English from Indiana University, Jack returned to West Point to teach English and Philosophy.

Jack is the author of A Test for Technology, a book on electronic warfare and communications technology in the Vietnam War. He completed his Army career as a strategic planner in the Pentagon and as chief speechwriter for the Secretary of Defense.