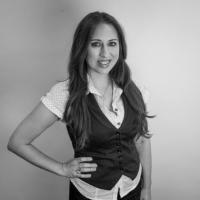 On the outside, Money20/20, the leading fintech event in the U.S. – held in Las Vegas in October – looked as big, bold, and busy as before the pandemic. Which is good; some things should stay the same. Thought leaders in fintech, payments, open banking, embedded finance and other sectors coming together to teach, learn and collaborate is how innovation happens.

But there were differences. As a former journalist, I took time to speak to current reporters to hear more about changes that suggest certain shifts in the media landscape.

The popularity of podcasts isn’t surprising, but it is still growing

Events and conferences may need to start offering special considerations for multimedia. There were rising requests for dedicated, quiet recording spots – away from the traditional press lounge. I heard that some organizations would have brought a full recording team – including engineers and producers – if they could have been sure there would be space to accommodate them.

Up-to-the-minute coverage may be phasing out

Fewer journalists reported live from the floor. Instead, we saw reporters publishing comprehensive overviews and longer features. This means that even months after the conference finished, there’s still a steady stream of stories based on material gathered at Money 20/20.

Uncertain times are ahead

The conference happened against the backdrop of a more volatile economy and rising rates; a very different landscape than the ‘go-go’ atmosphere of last year. There’s less funding from VCs and investors and an increased emphasis on controlling costs.

The terms ‘responsible banking’ and ‘meaningful money’ were popular as reporters and attends considered technology’s role in navigating this financially rocky time.

Brianne Kimmel, Founder & Managing Director of Worklife, spoke on the creator economy. Teenagers are making millions, very young – and they need to make sure they are financially literate.

CJ MacDonald founded Step, a company that aims to strengthen financial literacy at an early age. Step started four and a half years ago and brought in big-name investors including Will Smith and Justin Timberlake.

Money 20/20 has always been a celebration of innovation. After a pandemic interruption, this year’s event was a chance to return to these values. With over 400 speakers, across six stages and attendees from over 90 countries, I think they succeeded.

What hasn’t changed though? Reporters love free food. Important feedback from the press lounge included “the snacks could have been better.” Not at all surprising and why I always counsel, if you want media to show up, give them free food.