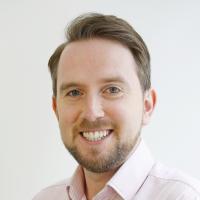 Traditional ways of reaching customers are under attack. Consumption of traditional media is falling. Ad blockers shield consumers from targeted communications. New data privacy regulations make it easier than ever to opt out of newsletters.

B2B influencer marketing is not a new concept, rather it has been quietly waiting in the wings for years, anticipating the right moment to make the jump from consumer marketing. Now it is beginning to take a growing share of B2B marketing budgets thanks to improved and measurable ROI. Let’s start by defining an influencer. Ryan Williams, who wrote ‘The Influencer Economy,’ says an influencer is “someone who can create a movement around their idea through collaboration, community passion and a shared vision.” B2B influencers can range from self-proclaimed experts to CEOs, think tanks, trade associations, and policy and regulatory leaders. B2B influencers are less like professional YouTube stars and more pivotal in the financial industry.

A study sponsored by Augure showed that around 75% of professionals consider influencer engagement effective both in generating new leads and in winning customer loyalty. These numbers begin to demonstrate why influencer marketing efforts are growing at such a speedy rate.

The increasing power of the individual

Leveraging an influencer’s channels to connect authentically with audiences offers huge potential. Influencers operate with the currency of trust – the trust from their followers that can be converted into brand engagement above and beyond typical campaigns. This trust has historically been leveraged by traditional publications with loyal readerships who charge premium prices for advertising space.

They now compete with individuals promoting content directly. Social and digital platforms are providing platforms for thought leaders, skeptics, advocates and others to publish opinion and persuade a targeted audience. Over the last 15 years we’ve seen growth in influence outside of the traditional media, reducing censorship and increasing the volume of opinion. Let’s look at Spiros Margaris. He’s a leading influencer in fintech, and more specifically in artificial intelligence. Margaris has a social media following of over 60,000, and he tweets an average of over 70 times a day. More than a quarter of his content is retweeted further – he gets approximately 8,000 retweets every single month. The bulk of his followers lie directly within niche finance sectors, proving his clout in the space. He’s a powerful voice on artificial intelligence, and if he mentions a brand or product, others will listen.

Measuring influence in your space is not only a numbers game

Donald Trump tweeting about artificial intelligence in banking to his 54 million followers wouldn’t make him an influencer in that space. Quantitative elements simply aren’t enough to define market influence. We need to understand qualitative metrics too, and measuring that goes beyond basic aggregated lists.

Understanding the quality of content curated and validation from other leading influencers is key to understanding individual value. Spiros is followed by almost all other social influencers in his space, and of those, many actively retweet and share his content. Wrapping this qualitative evaluation together with quantitative metrics is a more useful measure of influence than any machine-generated score could provide.

All of this provides a greater challenge in identifying influencers in niche spaces, especially within finance. The level of research into this process is significantly increasing as the demand for understanding audiences and greater ROI on marketing campaigns grows. At Cognito, we follow unique and defined processes to establish both the qualitative and quantitative metrics. Output varies significantly from any AI generated list, and by overlaying with financial services insights, we are able to provide a clear rationale behind our fruitful results. After identifying the influencers in your sphere, you then need to know how to use them.

American Express collaborated with bloggers Grace Bonney and Emily Henderson to reach out to small businesses. The campaign was called "Love My Store." The objective was to let customers know that even small businesses accept credit cards. (and of course, to promote American Express too). The campaign resulted in the distribution of 400,000 Amex decals and earned 5 million impressions. Software solutions provider SAP used influencer content marketing to promote its Sapphire conference.

The conference draws around 20,000 attendees ever year, bringing together user groups, partners, and customers to announce new product developments and share industry insights and best practices. SAP teamed up with influencers from industry verticals to create compelling and unique content to support the conference. Using Facebook, they engaged audiences from across the globe with live video content, connecting influencers and users together. The event’s content reached more than 80,000 people, expanding the overall conference fourfold.

The catalyst for change

Influencer marketing is still in its infancy. The association with the B2C young fashionistas and beauty bloggers will cause continued skepticism. However, as social media drives B2B influencers into areas that companies have struggled to access, and continues to yield solid ROI on campaigns, perhaps that might provide the catalyst for influencer marketing in B2B to be taken seriously.

Using influencers in your marketing campaign is just one piece of the puzzle. What if these influencers were discussing a competitor product, shaping the conversation about market changes or even expressing opinion on your own brand? Wouldn’t you want to know? And wouldn’t you want them on your side?

James Hannaford is a Director and digital specialist in Cognito’s London office.