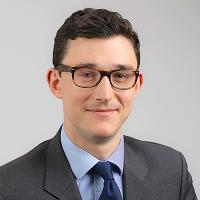 COP27: A never-ending conference begins to wrap up with uncertain results

Observations and top stories from the second week of COP27

Delegates were scheduled to pack up and head home today. Instead there’s no final agreement and discussions will last into the weekend. But with the conference over, we take stock of the legacy of the conference.

Here are five points, followed by some of the more interesting pieces to come out of Egypt. We also have analysis of trends that broke through on social media.

1. An all-encompassing, but ineffective deal

A deal is emerging, but it’s increasingly clear it’s too broad to be effective. The WSJ says “It is, in essence, a laundry list of ideas with lots of internal contradictions, making negotiations a formidable challenge.”

2. Trust and cooperation between the rich and poor nations are at an all-time low

U.N. chief Antonio Guterres emphasised compensation and protection for poor nations in his closing speech. Several models are available around ‘loss and damage’ funding, but no consensus.

3. Things are just going to take a little longer

Negotiators report progress – slow progress. There is some movement on how carbon markets can be used by countries to partly achieve their net zero pledges – but these discussions will now continue beyond this conference.

Financial markets obviously play a hugely important role in the net zero transition. Its been positive to new innovations come to the table, which build on products such as green bonds, sustainability linked loans and sustainable interest rate swaps. "Debt-for-nature" swap deals have been discussed as a way for developing nations that own much of critically important yet fragile natural ecosystems to get these protected, while reducing their national debt.

5. The US and China seem to be working together on climate, again

One positive development is the US-Sino relations on climate seem to have thawed. At the G20 Summit – half a world away from COP but still important – the countries agree to restart climate talks.

Business Green: Carbon markets at COP27: What is happening and why it matters to companies striving for net zero

Discussions around the framework of Article 6 are under strain at COP27 – as concerns are mounting the outcome could further undermine the credibility of voluntary carbon markets.

Buyer and seller nations of carbon credits are rushing to develop legislative frameworks, strategies, and work out how best to engage in the Paris Agreement’s Article 6.2 international emissions trade provision, despite negotiations floundering at the UN level during the ongoing COP27 UN summit in Sharm el-Sheikh.

Climate negotiators are on track to reject a proposal for a more sweeping plan to phase down fossil fuels, snuffing efforts by India and key developed nations to target oil and gas as well as coal in an overarching deal at COP27.

Thursday morning saw the public release of the first draft text from the COP27 climate summit. As well as repeating commitments made a year ago in Glasgow, the ‘non-paper’ – meaning it’s far from in a finalized form – calls for ‘measures towards the phase down of unabated coal’ use, without any mention of phasing out oil or gas production in a blow to campaigners.

COP27 must establish a fund to help countries cope with the irreparable damage caused by climate disasters, ministers representing developing nations said on Thursday, warning that anything less would thwart the UN summit’s chances of success.

Climate talks in Sharm el-Sheikh edged forward after the European Union offered a plan to break deadlocked climate negotiations in Egypt, proposing a loss and damage finance facility for the most vulnerable countries in exchange for a pledge to phase down oil, gas, and coal. The proposal, set out by EU climate chief Frans Timmermans late Thursday evening, came after days of sluggish talks, bogged down by fights over how to compensate developing countries bearing the brunt of climate change through flooding, droughts and other disasters.

More than 150 countries have signed up to a global pact to reduce methane emissions, around 50 more than when the initiative launched last year, the United States and European Union said on Thursday.

“There’s now a big push to get nature into sovereign debt markets,” said Simon Zadek, executive director at NatureFinance, which advises governments on debt-for-nature swaps and other types of climate-focused finance. “The tragedy of debt distress offers a real opportunity,” he added, pointing to nature-rich countries who look like ideal debt swap candidates following big drops in their bond prices this year.

The easiest way on Twitter to find out what trending conversations are happening around a specific topic is to select and follow the relevant topic in Twitter’s topic section. Since the discussion around climate was very detailed, we used the search bar to pull trending discussions on social.

Article 6 describes how international carbon markets involving governments should function, essentially supporting the transfer of emission reductions between countries while also incentivizing the private sector to invest in climate-friendly solutions

The Cover Decision is a document that lists out the main outcomes of the COP and is the main, legally binding text on the negotiations held during the conference.

Fossil fuel phase-out is referring to the gradual reduction of the use and production of fossil fuels to zero. It is part of the ongoing renewable energy transition.

Debt-for-nature swaps are voluntary financial transactions in which an amount of debt owed by a developing country government is cancelled in exchange for local investments in environmental conservation measures.

‹ Previous
What will Internet sleuths find out about you in infamy?
Next ›
Cognito appointed lead Communications agency for Paris Blockchain Week