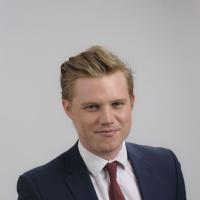 One of my responsibilities in my first PR job was to grab the daily papers, read them front to back and cut out any mentions of my company, and then stick them into a scrapbook.

Today, that happens automatically through various media monitoring platforms. The industry has changed a lot since my first job. And thanks to AI, it is about to embark on another period of significant change.

Yet, for a long time, AI felt like something “over there”.

AI and machine learning were transforming industries, including many parts of finance such as quantitative trading and post-trade reconciliation. We wrote press releases and white papers about these changes, dutifully reporting new benefits. But fundamentally, technology didn’t really change the job of media relations. Things like media list building and coverage reporting have become a bit quicker and slightly less laborious, but by and large the wirings and the processes are similar.

That’s now changing. I’ve experimented with some of these new AI-based platforms and want to share some insights.

PRophet is an AI pitching tool which aims to turn the skill and art of media list building into more of a science. The standard way of building a media list is manual publication research aided by databases such as Cision or Muck Rack. PRophet uses AI to review a pitch and pulls a list of journalists and assigns them a level of interest based on their coverage. The tool also incorporates a sentiment rating – whether they write positively or negatively on a subject.

In our trial, we found that the technology works well but it requires media pitches to be written in a certain style – very keyword driven. For example, we wrote a pitch on US economic growth. Because the pitch had use of the word “growth” in it and “business” it brought up a lot of not so relevant journalists who cover business strategy and entrepreneurial topics. When we re-ran the pitch without that wording and more specific terminology to how we think the AI interprets pitches, it did provide a good list of relevant reporters.

Now, the second issue with the platform, and ultimately why it’s not quite ready for Cognito’s use (yet!), is its database. It’s much smaller than the aforementioned media database platforms. It didn’t pull up obvious reporter candidates for pitches because those reporters are just not in the database because the platform is only a year or so old and it takes time to build out the database. However, what we did find after some trial and error and improving our interaction with the AI is that it consistently dug up new reporters and podcasts.

Millions of people have tested ChatGPT, the chatbot that was released in a public-accessible version last month. ChatGPT can generate copy based on conversational inputs across an impressive degree of topics. The software is iterative, which means results can be refined to create more accurate results.

I actually tested an earlier version of it at the beginning of this year and found it could write press releases with an impressive degree of relevancy and ingenuity. All this sort of tech is not far on the horizon from becoming mainstream in our industry. In my view – I wouldn’t be surprised if we were regularly using AI-tools to analyze reports/content, write pitches and identify journalists within the next two years.

Overall, there are a multitude of platforms in this area cropping up as well as the media monitoring and reporting side. I’m currently leading a project internally at Cognito with the aim for upgrading the tech and platforms we use.

Another promising platform is Penta. I recently had a demo and was impressed. It’s more akin to a media monitoring platform but emphasizes reputation across different sources, audiences, and topics (it even has a whole ESG module). Based on different factors it assigns a reputation score to a company (this can be a negative or positive reputation).

In general, newsrooms are way ahead with their adoption of AI tech than PR. I think this is a direction the industry will continue to move towards, and PR pros should become skilled in writing pitches for AI and adept at interacting with AI tools in general. We already know some publications have very specific email blockers which filter out anything not relevant to individual journalists’ beats. And on the copywriting side, robot journalists continue to break new ground.

I predict these tools will increasingly play a supporting role in expanding the reach and precision of media relations. Yet, this isn’t a story about human displacement. It’s about how technology can save us time to do more high value, creative thinking, and help maximize the output of our work.

‹ Previous
Reporters on how conferences are evolving
Next ›
ESG in 2023: The Press Agenda