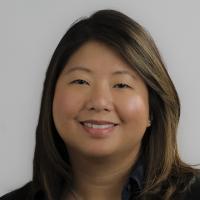 Over the course of my career, I have met so many executives who want to make a meaningful commitment to creating a more diverse workforce. These are smart people. They know that diverse businesses are stronger, resilient and more creative. Better ideas come from more diverse teams.

But I’ve also seen how many well-meaning companies can fall short when it comes to execution. Too often, firms use the same language and business processes when it comes to diversity as the rest of their business, with an end result of dozens of Powerpoint slides, reams of paper and very little action.

What I’ve realised is that we need to shift programs on inclusion and access to results-driven proposals that drive measurable change.

The wave of civil action and protest that has swept the Americas and Europe this year shows the level of passion and dedication that exist towards social and economic justice and opportunity. Organized action against Facebook is just the largest example about how lack of action can lead to millions or even billions in lost revenue and job losses.

I recently participated in a virtual event with Deloitte and was able to address this conversation in the context of how we can generate change in financial services.

I have been involved in these issues throughout my career but especially since my elevation to the Cognito global executive team four years ago. Here are three of the most important lessons I have learned, with an eye towards how these might be useful for executives looking to undergo a similar transformation.

Embrace the complexities of the partnership model

I recently took a course at the Harvard Business School where we examined the common models of the world’s most successful companies. One thing that was clear was that professional services firms stand out in how they deploy the partnership model.

This means even at the very highest levels, executives are simultaneously advising clients and working in an executive role. While this is an incredible challenge – the COO of Ford doesn’t spend an afternoon a week on the factory floor turning wrenches – it is also is an opportunity. It means that we have the chance to see up close the challenges being faced by employees and also enact smaller changes in the moment.

Start building diversity of thought throughout the organisation

While there has rightly been a serious discussion about diversity in leadership positions, I know from experience that it is also critical to invest in junior roles, as they bring diversity of thought into our businesses.

It is through strong recruiting efforts, including with local universities and organisations, that we’ve been able to develop Cognito into a majority-female company even inside a part of the industry (and sector) that remains mostly male.

We also pay specific attention to geographic diversity, since perspectives in Hong Kong are different from London and New York. Diversity of thought - driving debate and discussion - is the best way to drive innovation, and much-needed change in organisations.

Focus on outcomes and changing behaviour, not only inputs

One of the most important things I’ve seen and learned when it comes to diversity of thought and how valuable it can be to an organization, is making a change to focus on outcomes and changing behaviors, not just the input and processes involved. It’s great to get different stakeholders together and form committees and write policies, but it really doesn’t move the needle if the outcomes are not tangible, relevant and measurable.

Starting with the right intentions doesn’t always lead to the best outcomes. As we’re being pushed to evolve and make great shifts, we should keep this at the center of our thinking to push forward the necessary changes.

‹ Previous
Sebastian Mathews joins supervisory board of Cognito Media Amsterdam
Next ›
Money 20/20: The best event may be one that never happened