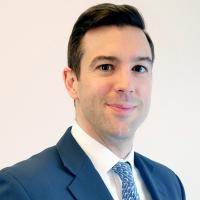 ‘The four most dangerous words in investing are, “it’s different this time”.’

At least that’s according to the wisdom of the late Sir John Templeton, American-born British investor, banker, and fund manager.

Sir John’s words may be resonating with many in the investment community given the recent boom in coverage of Special Purpose Acquisition Company (SPACs), so much so they may seem as novel as non-fungible tokens (NFTs… the latest investment craze of 2021) even though SPACs themselves have been around for twenty years.

Simply put, a SPAC is a company with no commercial operations that is formed strictly to raise capital through an IPO for the purpose of acquiring an existing company.

Also known as "blank check companies," SPACs are generally formed by investors with expertise in a particular industry or business sector but not always a specific target. In short, at the point of IPO, investors often have no idea what company they ultimately will be investing in.

While SPACs began to come into the foreground as recently as 2019, when Virgin Galactic went public through a SPAC headed up by Chamath Palihapitaya (also putting a cool $100 million of his own money), it wasn’t until 2020 that – unlike Mr. Branson’s Rocket – they really took off.

And the amount of money poured into SPACs is eye watering.

According to data released by ICR Capital, SPAC IPO issuance broke all records in the first quarter of 2021, with 298 SPACs raising nearly $88 billion. The tally was more than double the 132 SPACs and $39 billion raised in the fourth quarter of 2020 dwarfing the 248 SPAC IPOs that raised over $83 billion in the whole of 2020.

For us in PR, the impact in the media has been equally astonishing.

Through an analysis of coverage volumes conducted by Signal AI, the tally came out to 38,000 articles in the U.S. business and financial trade press in the six months from November 2020 to April 2021, with 10,000 of those in March of this year alone – see figure 1.

But while column inches have grown to the same extent as the money invested – largely supported by rock-bottom interest rates, and the market’s insatiable appetite for new public companies – that only tells half the story.

Being a Brit and having had my natural cynicism exacerbated by living in New York, I often find myself having to dial into the unrelenting optimism of the West-Coasters now I live and work in California.

And finding that I wasn’t the only one to notice this difference of outlook, having read Megan McArdles’ brilliant opinion piece on the cultural divide between journalists and tech folk when it came to the impact of audio-only app Clubhouse, I was curious to see whether the same applied to SPACs.

Using a somewhat broad-brush approach, when dividing the coverage by the predominantly East-coast-based financial press (including WSJ, Bloomberg, NYT, FT, Barron’s) with the more West-coast-centric tech press (such as Tech Crunch, Ars Technica, and Wired) some interesting differences emerge.

When using Signal AI’s “prominence tool” to examine the extent to which SPACs featured in headlines distinct differences in reporting begin to emerge – see figure 2.

In the finance press, the percentage of SPAC-focused articles gained steam at a steady rate, picking up at the end of June  - reflecting the flurry of pre-summer deal-making, where 41 SPACs had gone public in 2020, compared to the 59 in 2019.

The coverage reached a high point when the New York Times, published a SPAC-focused Dealbook newsletter in early July titled ‘Big Blank Checks” and calling them “hot commodities [that are] are having a moment”.

The trend continued into early 2021, with Bloomberg publishing 63 SPAC-focused articles in a single week at the end of February 2021.

Meanwhile, the West Coast tech press seemed to be taking their time to catch up, but when they did the impact was significant.

In July of 2020 SPAC-headlining stories blasted onto the tech press scene. Stories were overwhelmingly positive, with content ranging from multiple explainer articles in TechCrunch and others shedding light on what a SPAC is and how it differs from other funding, or stories from the likes of Ars Technica writing why relatively little-known tech and electric vehicle companies were securing funding in a serious challenge to well-known brands like Tesla.

But as time evolved, the balance of SPAC-focused coverage levelled out and the sentiment of the content diverged. While the West-coast coverage remained buoyant on the deal-making frenzy of ‘SPAC mania’, the East-coast began to lose its optimism.

In a Bloomberg opinion article, columnist Chris Bryant broadly set out all the reasons why Microsoft founder Bill Gates is right to worry that companies are going public too soon. The main concern being that unlike in traditional IPOs, businesses that go public through blank-check companies can rely on optimistic projections to make their case rather than historical financial information.

Similarly, Fortune turned to insights from Paul Marshall, co-founder of investment firm Marshall Wace, who was ringing alarm bells about the booming SPAC market saying they were riddled with “perverse incentives” for investors, delivering nothing but “bad returns” and would “end badly and leave many casualties,”

Testing this shift more broadly it became clear there were no shortage of nay-sayers in the East and optimists in the West when it came to broader coverage.

Signal AI data shows that when associated with SPACs, the word “bubble” appeared in the headline or summary of 368 stories in East Coast press sample used over the last quarter, whereas only 17 in the West Coast – a 182% difference – see figure 3.

Similarly, as news developed that the Securities Exchange Commission (SEC) was considering regulatory changes to protect investors, only 44 articles in the West referred to the SEC changes in the headline or main body, dwarfed by the 668 East Coast articles in the same quarter.

For Wall Street, the reality is Templeton’s words still ring true. After the initial frenzy it appears most took a step back, realizing we’ve seen it all before and there’s nothing new here.

But for the pluck entrepreneurs and founders of new tech startups – fueled by the excess vitamin D of the California Sun – they haven’t seen this before and it’s a new opportunity.

The SPAC route is simply irresistible for consumer tech companies: SPACs put more of a focus on the management team and the vision than traditional IPOs, which is a benefit for the sector in an industry has always been led by visionaries.

Consumers want goods and services that they can access more quickly and reliably from home or from their mobile on-the-go. UX-driven app-based startups often succeed in ramping up these options are natural storytellers that know how to bring their product directly to the end-user.

It stands to reason that if they are able to scale so fast through this compelling narrative, these firms are going to be on the radar of SPAC investors, providing the capital to bring these ideas to market even faster.

Will the West Coast press eventually follow suit of those in the East and become jaded? Time will tell.

At the end of April, Fast Company published a fairly damming guest essay titled ‘SPACs are an inside joke on Wall Street, and the joke is on you’ – but articles like this remain in the minority over here. And May got worse, with the WSJ saying they’ve already lost their allure, and Bloomberg already saying the bottom had fallen out of SPACs in the U.S., with investors now looking to friendlier European markets to achieve buoyancy.

As with any hot topic, the key to media engagement is understanding the bigger picture, and where your story fits into it.

A clear and compelling narrative and purpose will be critical, regardless of the publications you engage with. Filling in the blanks of what these so called ‘blank check’ companies are looking to achieve, and how they will unlock value for investors, will be the key driver in garnering positive media attention in the months ahead.

Whether SPACs really are different is yet to be seen, but depending on which coast you get your media from, you might find out sooner rather than later.