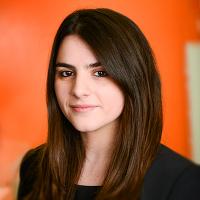 I remember working with a CEO who was a rock star with press. He was super comfortable.  The press loved him – they always were interested in what he had to say.

No one was worried when we put him in front of a reporter, and he wasn’t either. However he got a little too comfortable. He divulged private information and the reporter – quite rightly – ate it up. A story appeared. My client was furious and decided to call the reporter to say just how upset he really was. It definitely was not the best move. That publication didn’t speak to the company for four years.

Another CEO was the complete opposite. They were nervous in front of press, so nervous that they thwarted their ability to give the reporter anything of value. They had messaging, they knew the company story but had forgotten they were the industry expert. They froze. In this instance, it was the reporter that called me upset. They felt like their time was completely wasted and didn’t want to speak to them again.

When preparing your firm’s communications plan, engaging your CEO is crucial to demonstrate the company story and be a reputable thought leader. How can you get the best out of them?

Some CEO’s are dynamic when talking about industry insights but get nervous communicating the company’s agenda. Learn your CEO’s roadblocks to communicating to the public and press. Prepare a communications plan that highlights strengths and also helps improve on weaknesses. Doing the work at the outset will make engaging the media easier.

What does your CEO enjoy talking about? Lean into that. Are you working for a fintech disruptor who wants to talk about disrupting banks? Do you work for a CEO at a major financial institution who wants to talk about how they are pushing forward technological change in their industry? Tap into what excites them, so they present themselves to the press in the most dynamic way that also makes them comfortable.

Pull in the team

Yes, the CEO is the face of the company. But they are not its only face. The best way to show the strength of the leadership is to build up other executives. Make sure that you are finding opportunities to build the bench of spokespeople that aids in the CEO’s company vision. This is also useful for dealing with reputational risks. You do not want the only communication between journalists and the company to be with your CEO. If they leave, you wind up back at square one.

It is extremely important to prepare your CEO for every interview and communication. Understand the importance of being an insider to an industry issue, trend or change and providing value to the journalist. Do not censor them to the point of not being able to build a rapport, but also prepare them so they are comfortable enough with the facts. A CEO should not disclose the company financials and detailed failed projects, as there is no positive benefit. Talking to a reporter about the challenges that the company or industry faces and overcomes them is a go!

The best conversations between journalist and source are authentic conversations. But don’t mistake passion for spontaneity. Making pre-arranged conversations not sound canned takes days of preparation. In public relations, our job is to make interviews as natural as a conversation over a pint. Never forget – making something look that easy is hard work.