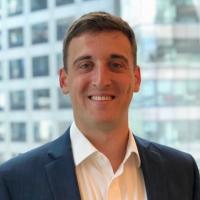 The average internet user spent 147 minutes a day last year on social media – and it’s not just for entertainment. The world’s youth is turning to social media, TikTok in particular, to keep up with the news.

According to the Pew Research Center, about 1 in 4 adults in the United States under the age of 30 now regularly consume news on TikTok. Twitter still dominates the social media news landscape (53%), but that trend has been reversing in recent years in favor of newer platforms. Elon Musk’s takeover of Twitter and subsequent exodus of voices from the platform may accelerate this shift.

This is especially relevant for PR and marketing professionals as we continue to evaluate and understand where our client’s target audiences are spending their most time consuming media. While the news landscape on TikTok is relatively new and unproven, there is a clear shift that is occurring in how news and content are being created and consumed, which presents a question for communicators – how do we take advantage of this trend for our clients or business?

Let’s look at some of the content that major news publications are sharing on their TikTok channels. The Washington Post is a pioneer – they hired video editor Dave Jorgenson in May 2019. There’s a mixture of original video essays, humorous skits based on trending stories using viral audio and somber informing on breaking news. The Post now has full time team of three and more than 1.5 million followers. Washington Post tech reporter Taylor Lorenz has a separate and quite widely followed account tells anecdotes between and about her print work.

Other major publishers are figuring out their approach. The New York Times doesn’t have an official TikTok account. The Wall Street Journal’s profile hosts a wide mix of content ranging from staff discussing and explaining breaking news like Raphael Warnock’s reelection, journalists hosting short interview segments with CEOs, career advice and clips from events like the WSJ CEO Council Summit. After two and a half months, subscribers are still a relatively small 38,000 but individual videos have reached many times more viewers.

We ran the numbers, and after analyzing the first 10 posts on each page, even with a million fewer followers than CNN, the Wall Street Journal had 66% more video views than CNN. Conclusion: interactive, relatable and creative news content is generates the most engagement.

While more people are starting to consume more news on TikTok, it is not just from the traditional news companies. People are heavily reliant on influential individuals – influencers – for news updates. About 44% of people who consume news on TikTok say they get information from other people they follow as opposed to news organizations, according to The Guardian.

Taking advantage of the reach and influence these individuals have can positively raise a client’s brand awareness. Enter influencer marketing, which is a strategy we use here at Cognito when building marketing and communications strategies. We look for influential people who share content with their followers about the finance, technology and professional services industries and we form a content partnership that raises our client’s brand awareness among a focused group of individuals.

The media landscape is constantly changing, and it is our job as communications professionals to understand where it is people are spending their time, the topics they are interested in, and the channels they use to do their research and keep up on the news. In 15 years from now, will we be media training executives before their interview on CNBC or will we be preparing them for a journalist interview on The Wall Street Journal’s TikTok page?

‹ Previous
ESG in 2023: The Press Agenda
Next ›
What do we know about the next editor of the Wall Street Journal?