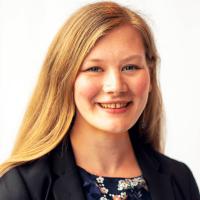 Elon Musk's Twitter takeover is the biggest media story in years. After months of high-profile negotiations, Musk completed his $44bn takeover of Twitter at the end of October.

Throughout the acquisition process, Musk promised to shake up the company with a particular focus on getting rid of bots and loosening Twitter’s content moderation policies. His tenure so far has been chaotic to say the least, with policies and products introduced, modified and withdrawn in a matter of hours and huge cuts in staffing across all levels.

Watching all of this from the sidelines, we at Cognito decided to ask our clients and industry leaders in finance to see how they were reacting to the news.

Twitter has always occupied a strange ground in publishing, with thousands of professional reporters, brands and corporate accounts, and plenty of lay people regularly using the platform. The memes, jokes and trends obfuscate how vital the platform is to business audiences.

Twitter’s Director of Financial Services, Jeff Melei, said in March that “Financial news often breaks on Twitter, and so people use it to stay informed and track situations as they unfold” The communities of people in the financial world and the interactions that take place on Twitter have made it a valuable platform for financial brands.

Social Finance was a major trend on Twitter this year, with tweets about finance among non-professionals/non-enthusiasts up 29% YoY and 8% growth in the #FinTwit community.

A senior Morningstar executive goes to Twitter to stay current with the latest investment topics and identify potential guest contributors for their podcast. In 2021, Gemini was able to tap into Crypto Twitter to drive mobile trading app installs at a competitive price, 56% lower than campaign target, and increase trade volume. It also found Twitter audiences had higher trade rates and lower churn than competitor platforms.

Events have moved fast since Musk’s takeover. Dozens of brands and advertising agencies, including Omnicom, Interpublic Group and Volkswagen have announced they are advising clients and brands to pause paid advertising on Twitter. On November 4, Musk claimed that Twitter had seen “a massive drop in revenue,” due to advertisers pausing their spending.

We wanted to understand what this meant for our corner of the market, so we conducted a survey of financial services comms and marketing people to gather their reactions to the news. More than 50 marketing and comms leaders within financial services companies around the world took part in our quick poll over the last two weeks. It might not be entirely scientific, but it does give us an idea of what people are thinking and the immediate reactions in the financial services industry.

73% of respondents said they were concerned about Elon Musk’s takeover of Twitter, with 34% describing the news as a threat. The news from the past few weeks has clearly not gone unnoticed by marketing and comms leaders in financial services, and the confusion and changes have caused concern. This isn’t limited to just the marketing team, with 45% saying their company’s executives were less supportive of marketing and comms on Twitter than they had been previously.  Twitter has been a reliable channel for broadcast, engagement and advertising for years, and with that now up in the air as we’re well into planning season, financial services brands can no longer rely on tried and tested strategies, but will need to think carefully about where to spend their time and money in 2023.

74% of respondents said their impression of Twitter as a news source has changed since Musk’s ownership. Twitter at its best is an exchange of ideas and conversations. It’s a place where news breaks and people go in a crisis. In a December 2021 study, 79% of people on Twitter agreed they generally saw news and information on Twitter before seeing it on TV .

There’s always been chaff around major news events, but the site has tended to push valuable and accurate information to the fore. Recently the site has started added additional content and clarification to certain tweets to add context. If this changes, it strikes at the heart of Twitter’s value proposition.

Despite evidence of a changing sentiment towards the platform, 63% had not changed their approach to Twitter activity – whether paid or organic – in the immediate term, and 26% were not planning to change their ad spend. Changes and announcements are happening on an almost daily basis and the majority of financial services brands appear to be taking a wait and see approach before making any changes directly to their activity or strategy, particularly on paid activity.

64% said they would not pay to be a verified Twitter user. The subscription service is one of Musk’s primary policies. Eight dollars was supposed to give access to the marks previously given to notable public figures. Musk has changed course several times; the service is now scheduled to launch November 29. Financial services brands are approaching the program with scepticism – it doesn’t seem as if many will be lining up to pay on day one. The question remains what exactly being verified will mean in this new reality – is it still a mark of quality?

Events are moving fast, with new developments each day. As things change, there is a lot to keep in mind as you approach Twitter as a channel to both receive information, to broadcast news, and to engage with audiences you care about.

Hannah Porritt is an account manager in Cognito’s London office