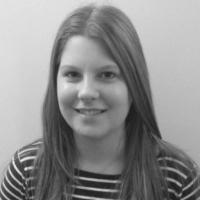 This has not been a good time to be in the newspaper business.

According to data seen by the Financial Times, national newspaper sales in the UK fell by over a fifth between the middle and end of March. The Guardian furloughed more than 100 non-editorial employees. City AM, a free morning paper distributed across the city of London every morning, was forced to stop printing. Working from home reduced readership figures, leading to a fall in advertising spend and revenue. Since then, the publication has furloughed journalists, while continuing to produce daily news stories for the website.

The hurt continues outside the capital. Many regional papers have also furloughed staff, and print runs of national papers have also been dramatically scaled back. As retail stores closed, commuting stopped and footfall dropped, regular readers became less inclined to queue or use their daily trip out of the house to source a physical paper. Especially those who were elderly or told to self-isolate immediately.

At a time when trusted and well researched journalism has never been more important, are we at risk of losing something we will never be able to replace? Is it to be that the most catastrophic story of our generation will take the publications whose very job it is to report on it?

Let’s start with the good news. Demand for reliable information has never been higher. Publishers are reporting record website visits. Some news outlets that charge for online access, they have seen a rise in subscriptions. Last month on a day in March almost 8.7m people tuned into the BBC Six O’Clock News— the highest figure recorded since Christmas Day 2008 and more than twice the average audience from last year. ITV news has doubled its ratings year on year and Channel 4 news has seen an 18% rise in viewers for its weekday 7 p.m. program.

Some media brands are more trusted than others. A recent Havas Media Group survey showed that the BBC is the most-trusted news brand on coronavirus, with 64% of respondents selecting it as a reliable source of information. The BBC beat Sky News, which was voted for by 29% of participants, followed by The Guardian (15%). The research also noted that nearly 50% of those surveyed said they were watching more live news since the beginning of the pandemic.

All these figures suggest that when we come through this, and we will, there may be even more ‘news junkies’ than before even if they get their information in different ways. The Economist spoke to Alice Pickthall of Enders Analysis, who suggested 40 to 50 percent of losses may not be regained, although there might be more digital subscriptions in the future.

So, while practically everything has changed, the core reason journalism and communications exist is still very much there. Journalism is needed now more than ever and to inform, report and help hold those in charge to account, whatever that might look like. As PRs, we want to help. We have clients with good stories to tell who are currently trying to make a difference.

We are all in this together.