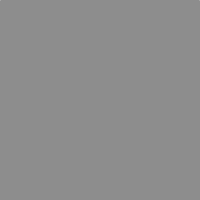 ESG, greenwashing, carbon offsets. The terms that dominated headlines last year aren’t going away – and if anything, expect more scrutiny around green issues in the year ahead.

The landmark COP26 conference was the most covered to date in terms of press coverage and attendance. But the actual results from Glasgow were mixed. There was a landmark methane agreement between China and America but the world failed to set a date for ‘phasing out’ coal, instead settling for the less ambitious target of ‘phasing down’.

What was apparent from the conference was just how great the task ahead is for the world. Attitudes and actions of governments, businesses and the general public need to change and change rapidly to keep global warming to 1.5 C. This must extend beyond high-profile ‘green’ marketing campaigns to real action. While agreement was only achieved in some areas, benchmarks were set in many aspects of the discussions that will remain in the spotlight all year as we cruise towards COP27 in Egypt.

As a result, the press agenda for 2022 will be one of scrutiny and accountability. No company should expect to escape questions and potentially scepticism about their approach to climate change. This presents a number of dilemmas for fundamentally conversative financial organisations and the executives in charge of setting media strategy.

Where we sit today

Climate change is real. And to mitigate its impact, more investment is needed. The failure of countries to agree to a comprehensive carbon reduction plan means a large portion of this investment will have to come from private capital and this is shaping the mind of the investor. According to Morgan Stanley, 70% of investors believe that their decisions can have an impact in fighting climate change. To meet this demand, more and more businesses are creating green funds, green bonds and all sorts of investments that take sustainability in mind.

Businesses are implementing more robust ESG strategies to remain favourable to all stakeholders: investors, clients, partners and the media. Expectations for private and public businesses have certainly grown and these will only become greater as we move through 2022. Not only will businesses be doing this from a voluntary basis, but their hands are also already being forced by the regulators.

The landscape is already changing, especially in the UK. In April 2022, the London Stock Exchange will introduce Climate Governance Scores for over 400 main market issuers as a private educational resource to help them understand the key climate metrics. With the largest companies in the UK now facing further scrutiny, investors priorities have shifted from being solely focused on returns to incorporate sustainability metrics. Even smaller businesses will need to adjust to ensure they remain attractive to a large pool of investors and acquirers.

Greenwashing – the scourge of the corporate world

The year ahead will also be defined by greenwashing – who is accused and whether the acquisitions are credible. First coined in the 1980s as a slur against hotels who claimed not washing towels was being done for environmental reasons, greenwashing today broadly refers to when a sustainability effort is more for publicity or cost-cutting rather than sustainable impact.

Greenwashing has been rife across sectors in recent years: see McDonald’s implementation of paper straws which turned out to be non-recyclable, or retailer H&M’s sustainability claims being 96% misleading according to the CMA. A claim that DWS, Deutsche Bank’s Investment Arm, overstated certain claims on its annual ESG report saw the parent company stock fall sharply after a Wall Street Journal report. These incidents, and the way they were reported, show a growing lack of tolerance for this behaviour – customers and investors will vote with their feet.

Expect more accusations by the press this year as standards increase and they flex their investigatory muscles. Further regulation around disclosure is beginning to force the hands of corporates to ensure their actions extend well beyond fluffy marketing campaigns and into action. Corporates must ensure what they do put out to the general public is valid and accurate. Partnering with third-party organisations who have weight and authority in the market will give these disclosures more legitimacy both in the eyes of the public and the media.

Move forward even under the threat of criticism

The looming threat of a negative headline or inquisitive reporter may scare some businesses into inaction. That would be a mistake. A record of doing nothing is in general far worse than a mistake made along the way.

It is important for businesses to reduce the chances of its sustainability actions backfiring by doing research on what stakeholders want and expect in a particular sector. Closely examining what others are doing, most notably its competitors and peers, and ensuring its practises are aligned or if anything goes beyond what is required. In addition, lining up practises with major agreements such as the Paris Accord or the UN Sustainable Development Goals will enhance the views of all businesse’s stakeholders. Programs that point to concrete steps, consistent dedication and executive commitment are far less likely to come under the crosshairs of an investigative journalist. And if they do, there’s a much better story to tell inside of that copy and elsewhere.

The transition to net-zero is unprecedented in size and scope. Without a map to follow, there will be vibrant debate in open societies about the best course to take. Aim to be a generous contributor to that conversation, rather than someone conspicuous only in their silence.

Louis Hogan is an account manager in Cognito’s London office