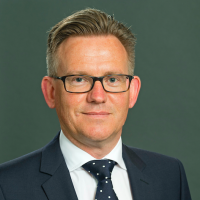 The European Union – give or take a Great Britain – is a huge market. Bigger than the United States and richer than China, there are plenty of customers to be found on the so-called “Continent.” If only reaching them weren’t so difficult from an operational perspective.

The bloc’s 500 or so million people are divided into more than two dozen countries, each with their own preferences and eccentricities. Europe is a hotchpotch of smaller markets, which makes marketing a challenge.

The first difficulty inside the European project is that of language. Don’t think of just using English when communicating to customers – Italian shoppers need to hear things in their own tongue. Whatever the product or service, there is a domestic company that has a similar offering in the local language with the right cultural touch. And remember, some markets like Switzerland, Belgium and Luxembourg use more than one language.

Businesses are a different story. We are seeing a rising trend of media, online channels and events using English as a way to reach a pan-European audience. (No matter what some people in the French Academy may think.)

How to spend a million Euros without really trying

Before I tell you the “smart” approach to cross-country marketing, let me tell you about the “traditional approach.” Countries in Europe are divided into two or three (or sometimes four) tiers.

In the first tier are large countries managed with a local office and their own decided campaign. There is ample budget and often room to hire a (local) agency for support. Markets with less potential are Tier 2 and are clustered and often managed via HQ and locally supported via a centrally located agency on a retainer. The smallest markets are either ignored or are visited once in a while by an executive who conducts an odd media interview arranged via either the PR manager or an agency in a country ‘next door’.

This approach rarely generates the best return. What it does produce in spades is confusion – between markets, between agencies and also with the end customer. Budget is spent month after month, even if there isn’t really a reason.

There is another approach – proven by practice – that offers a better chance of generating results. Apart from the very big markets that have the ability to sustain their own budget and tactical media relations team, all other European countries need to be treated in a bespoke fashion, but from one central point.

Instead of dividing Europe up into tiers, a hub-and-agile-spoke model is implemented. A coordinator – either a senior in-house media relations professional or a Client Services Director at an agency – is appointed. The coordinator needs to have a wide network of media relations professionals available in all relevant markets. All will be put on very modest retainers to make sure they can do three things:

No more than 20 percent of the available budget should be used to have this network in place. The remaining 80 percent of the budget needs to be assigned – on a monthly basis – to projects that generate the biggest return.

This means that in some months all or virtually all of the budget will be spent on just one or two countries because of a trade show, a launch or a client event. In other months, the budget is evenly spread throughout the countries in which the company is active, in order to assemble a run-of-the-mill press release for a product announcement.

In this situation the budget is put to use where the return is the highest. In months when there is no market activity there is not a hefty retainer to be paid. When a market needs serious attention there will be sufficient budget available for that project at hand.

Essential for such a hub-and-spoke model is a strong network in the relevant countries and regions. A senior coordinator needs to translate the actual needs of the business into communication tactics.

A final word on vocabulary. This is a “budgeting” exercise, not a “shoestring” exercise. No communications approach will work if there’s not adequate support. Each market needs to be able to get their fair share, so they can make a difference.

Here in Europe, we can definitely market better together.

Richard Neve is the managing director of Cognito’s Amsterdam office

‹ Previous
Interview with an influencer: Dr. Sally Eaves
Next ›
Two sides of secondments