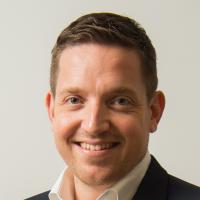 The news that Singapore Press Holdings (SPH) is spinning out its media business as a not-for-profit organisation could easily be viewed as another step closer to the end of the road for the newspaper business. But while by some measures the move is an unfortunate sign of the times the industry finds itself in, it is also a bold move that few others have been forward-thinking enough to attempt.

Ever since the advent of the internet and the explosion of cheap, targeted advertising by search engines and social media, businesses like SPH have been fighting a losing battle to remain both relevant and profitable. While many would argue that the relevance of trusted media houses is critical when fake news and disinformation are rampant, SPH’s latest move may be the canary in the coal mine as far as profitable journalism across the city goes. Like many before it, SPH has succumbed to the pressures of falling advertising revenues and dwindling profits.

The reasons why are painfully clear. SPH swung from a net profit of $213.2 million in 2019 to a net loss of $83.7 million in 2020, largely driven by the continued collapse in advertising revenue. This trend largely traced those that have hammered the media industry for most of the last decade in markets like the US where ad sales have dropped by as much as 62% since 2008. No doubt the pandemic had an outsized impact on the situation in 2020, but the trend was clear long before it was accelerated by this particular black swan event.

SPH is not alone in this war. Media outlets around the world have been creative in their attempts to keep up with declining advertising revenue. They have tried constructing paywalls, trialing ‘freemium’ and pay-per-use models; others still have announced they will trade customer data with partners to help sell more content. Almost all still chase the advertising dollar to make ends meet and try to turn a profit.

While it is not yet clear how SPH will structure its business to keep revenues up, it would be surprising if there was not a renewed push towards selling more subscriptions. The group’s media business has been progressive in packaging up Samsung tablets to new subscribers in an attempt to recreate or replace the physical experience of reading the daily newspaper. Indeed, these efforts have begun to pay off with 52.5% growth in digital circulation reported last year.

SPH’s new stance on profits is, by its own admission, similar to some others elsewhere that enjoy considerable success. The UK’s Guardian is probably the global leader in this field having been not-for-profit since 1936. Today it boasts 238m unique visitors per month to its website and has over 1 million ‘subscribers’ that choose to pay for content that remains completely free outside the paywall. Putting the paper’s political inclinations to one side, the unwavering commitment to be “available to everyone” is commendable.

Of course, there will be many differences between the SPH model and that followed by The Guardian. The similarity lies in these media houses not simply existing on the promise of generous donors and sponsors. It was only in July 2020 that The Guardian announced a GBP25m drop in revenues leading to a loss of 180 jobs. These remain real businesses with real pressures and SPH will be no different.

One major benefit is that not-for-profit media businesses can, in fact, make money. The Guardian made a slender GBP800k profit in the 2018/19 financial year on the back of its digital and contributions strategy.

Pandemic aside, this should provide those working at SPH and students looking to enter into journalism with some hope. Being not-for-profit does not mean “no-profits”, and allows for the possibility that SPH will be able to significantly reinvest into improving the journalism it has developed in Singapore since 1845.

So while many other media organisations around the world struggle against the decimation of advertising revenues and fight to stay in the black each year, SPH appears to have taken its destiny into its own hands to ensure the continued success of its media businesses, or what is left of them. There will be many people in the media watching closely to see how this new turn of events unfolds and how SPH makes the most of this push into relatively unknown waters.

In a famous essay published exactly 100 years ago this month, CP Scott, The Guardian’s editor for 57 years, wrote, “There are people who think you can run a newspaper about as easily as you can poke a fire, and that knowledge, training, and aptitude are superfluous endowments. There have even been experiments on this assumption, and they have not met with success.”

With this new direction, perhaps SPH has finally found a way to make the newspaper a successful medium once again?

Darrell Wright is the managing director of Cognito APAC