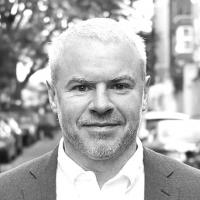 The new government is ushering in what many political analysts and social commentators are heralding as a turning point for Australia when judged against three major themes: the Australian electorate’s views on climate change, equality for women and relatable leadership.

Fiscally, Australia’s two major parties came closer together in recent years. The conservatives ran deficits while combatting the pandemic and the progressive opposition offered bipartisan support for increased defence spending. Given the Australian Labor Party lost the 2019 election on proposed dividend imputation, negative gearing, capital gains tax and income splitting crackdowns, Australia isn’t expecting to see any dramatic new taxes on investments from the new federal treasurer, Jim Chalmers. Business can reasonably expect a stable fiscal and regulatory framework as we continue to lift out of the pandemic.

The question we ask is, what will the new tailwind of support for these narratives mean for companies and the media in Australia?

In the 2019 federal election, The Greens won 10.4% of the vote. Three years later, the party chalked up a 1.37% swing to win 11.77% of the vote. More significantly, the Australian Labor Party’s ambitious targets on emissions reductions seems to have done much to assist them in winning the election. Elsewhere a group of environmentally-progressive independents savaged the incumbent Liberal National Party, in what were traditionally safe seats.

Despite a groundswell of support among the electorate and a visible shift in focus from investors towards ESG, Australia has become known as a global laggard when it comes to commitments to combat climate change. Politics and circumstance is largely to blame, as the conservative government has historically been able to argue that environmental initiatives were a tax on economic growth.

That’s now changing.  Economic prosperity and progressive environmentalism are no longer mutually exclusive, thanks in part to the rapidly growing investor focus towards ESG and the media commiting many more column inches to the subject. Mainstream demand for action on climate change elevated emissions reduction policy to become a potent vote-winner in Australian politics.

If any Australian corporate or media brand had considered it a risk to appear ‘too green’ in front of investors, customers and stakeholders, that worry seems to be vanishing. While there will always be exceptions, it is safe to say that the majority of Australians—voters and investors—want more action on climate change.

Progressive views on the environment don’t just relate to the investment opportunity present in sustainable industries, they also project a brand’s empathy for the hardship that Australians have gone through at the hands of recent droughts, bushfires and floods, and this has been made clear by the 2022 election result.

The Australian body politic is embracing female representation as an asset rather than an ambition. Demand is replacing quotas. The 2022 election resulted in a 2.12% swing to independent MPs, led by ‘teal’ independents, so called because they are characterised as being fiscally conservative (blue) and environmentally-progressive (green). Six of the 10 independent MPs elected thus far are female ‘teal’ candidates.

Corporate Australia leapfrogged its outgoing conservative government on female equality long ago, but corporations and the media can now enjoy the tailwind of proven popular politics when it comes to the promotion of female leadership.

Developing and articulating female leadership messaging in financial services presents a significant opportunity for firms to not only deliver what the market is clearly asking for, but to more appropriately market their products to the 50.2% of Australia’s population that is female.

In a nod to the decade-long style of Tony Blair’s reign, the new Australian government’s cabinet members warmly refer to their party leader as “Anthony.” He is not Mr Prime Minister, he is not Mr Albanese, he is “Anthony.” What conservative leaders saw as a weakness in the new PM’s character turned out to be a strength. He is emotional, vulnerable and sincere – there is no stiff upper lip.

Throughout the campaign, “Anthony” endured widespread media attention when he stumbled on more than one occasion around policy details and financial figures at press conferences. The public’s ability to look beyond those gaffs as simply being ‘human’ helped quickly bury these issues and neutralise political attacks relating to them.

Brands exist in a state of balance between empathy and authority, and their leaders should also encompass both, in equal measure. Again, this composition has proven politically popular in the form of a compulsory countrywide consensus taken once every three years, otherwise known as the Australian federal election.

The Australian economy is a ripe and progressive environment for local and global brands to flourish. Initiatives around climate change, corporate social responsibility and female leadership have just received a shot in the arm. These issues are no longer the hallmarks of ‘leftist’ politics, they benefit from mainstream popularity, which has been proven by the outcome of this year’s Australian election.

Financial service marketers in Australia can now more confidently communicate these narratives, knowing that they are not only at the forefront of their target demographic’s minds, but also on the minds of the broader population.

We think that these three themes have now moved into the mainstream and that it is incumbent on the marketers and brands at-large to embrace this as an opportunity to align themselves and ride the rising tide – at least for the next three years.

Scott Schuberg is the managing director of Cognito Australia