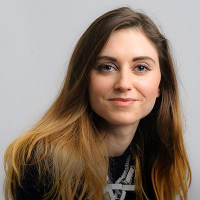 During a cabinet battle in the musical Hamilton they debate the slave trade, ending with an agreement that they don’t yet have a political or economic mandate to address it. George Washington issues the delay - “Madison, execute your plan to the letter, let’s hope the next generation thinks of something better.”

When it comes to making substantial changes in how we as a species impact the planet, however, there are no more ‘next’ generations. Consensus exists that the time to act is now - and this is increasingly reflected across society, the media, industry and finance.

Climate change is shifting from just another political issue to the issue of our times. The first sentence of Justin Trudeau’s re-election speech this year stated that his victory represented a mandate for strong action on climate change. Bank of England Governor Mark Carney declared that companies who ignore climate change “will go bankrupt.” Teenage activist Greta Thurnberg dominated news headlines for days with her ‘how dare you’ speech to world leaders at the United Nations; and multiple countries have seen protests from school children and activist group Extinction Rebellion.

Companies and institutions are also responding. BMW will show predominantly electric vehicles in their advertising. Flick through the Financial News most influential women list and ESG features heavily. The FT’s Moral Money newsletter launched to phenomenal success. And sustainability has entered the core curriculums of the world’s leading business schools. There is an acceptance of the issue and a momentum for change.

The Guardian recently changed its climate change editorial policy – the issue is now referred to as the climate crisis. Its communications strategy is altered at every level, even down to its image guidelines. Baby polar bears staring forlornly (and rather hungrily) from small melting islands of ice will be replaced by photography showcasing the human cost of rising temperatures and sporadic weather patterns. The cute little fluffsters simply weren’t helping readers connect with the consequences of living beyond our planetary boundaries (we currently use the resources of 1.7 planets - and that’s before we see the 1.3 billion population rise estimated by 2050.)

Interest groups have also become increasingly bullish about the consequences of not addressing it. ClimateWise, a group of the world’s 20 leading insurers, led by the Global Chairman of Reinsurance Solutions at Aon, has said that if we fail to achieve the Paris Agreement target of 2 degrees, and instead see a rise closer to 4 degrees, the world will become “uninsurable”.

We’ve put a huge amount of time and effort over the last year into research around ESG and impact investment communications, and work with many clients in this area globally. Our own research shows that 2018-19 saw a 498% rise in ESG mentions online (across publications, social channels and websites) compared to 2017-2018.

We wanted to understand how firms and investors were talking about it - and if and where there was a disconnect. Messaging and content has to be visionary, but also specific and authentic - a balance few get right.

In September I began studying at Cambridge University’s Institute of Sustainability Leadership (CISL). A quarter of my fellow students are from financial institutions, notably banks, asset managers and private equity firms, and range from fund managers to marketing directors. Study and group work includesranges from climate science and manufacturing models, to business leadership and marketing strategy. The latter two are pivotal. In almost every case study, from Unilever to Jaguar Landrover, a C-Suite individual was instrumental in pushing results. There is a need to encourage change from the top rather than simply respond to calls for it – particularly as society increasingly looks to corporates to lead where they see a government vacuum.

Looking at ESG, to what extent is incorporating impact considerations across portfolios an extension of fiduciary duty? How do we have to change what we say to investors? Marketing going forwards may require more educational content and a shift to longer term considerations. As we see the likes of Jamie Dimon, JP Morgan’s CEO, talking about wider stakeholder group needs beyond profit, we will see a greater number of firms address and discuss their own efforts both in-house and at investment level. Some companies have heavily begun to index on ESG. Swiss bank Lombard Odier, for example, recently launched its eagle versus ostrich campaign, and lead with the tagline ‘welcome to the sustainability revolution.’ Its message is clear – the shift is necessary, but also represents a huge investment opportunity.

It is sometimes difficult not to feel the need to reach for Winnie the Pooh or The Sound of Music after reading on sustainability and climate change issues - it can make for sobering reading. What has struck me in my studies, however, is the level and extent of innovation, rethinking, efficiencies, interdisciplinary research and cross-sector collaboration already in motion - and that finance sits at the heart of it. Some will see this is as a trend, or simply as ‘millennial’ issue, but for the firms that take this seriously there is serious profit to be made - and profit that cuts across human, monetary and social capital.

Sam Sharpe is a director in Cognito’s London office

‹ Previous
The end of the gold card
Next ›
Interview with an influencer: Dr. Sally Eaves