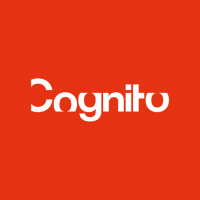 Cognito will use its refined experience as a global integrated PR, marketing, and communications agency working exclusively in the financial services sector to build on Paris Blockchain Week’s already strong foundation and raise the brand’s profile within both the local and European blockchain technology communities.

Richard Neve, Managing Director at Cognito Amsterdam, said: “Paris Blockchain Week is without a doubt the leading European blockchain event, and we’re honoured to have been selected to support them with media relations and press office. As an integrated communications agency for the financial services sector, we have a strong portfolio of both fintech and traditional financial services clients. Since we have offices all over the globe, we have the broad reach and local connections to do the Paris Blockchain Week brand the justice it deserves.”

Emmanuel Fenet, CEO of Paris Blockchain Week, said: “We’re very excited to have Cognito handle the PR and media relations for this year’s Paris Blockchain Week. They’re an agency who understands the crypto, blockchain, and Web3 space alongside traditional financial services. They’ve also won multiple awards, including most recently Agency of the Year. This type of pedigree is exactly what we need to make the week a success, ensuring we effectively communicate with investors, press, and media.”